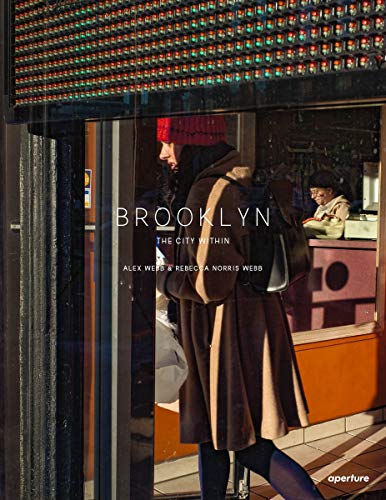 Reseña del editor Brooklyn is one of the most dynamic and ethnically diverse places on the planet. In fact, it’s estimated that one in every eight US families had relatives come through Brooklyn when settling in the country. Alex Webb and Rebecca Norris Webb have been photographing this New York City borough for the past seven years, creating a profound and vibrant portrait. Alex Webb has traversed every corner of the borough, exploring its tremendous diversity. This parallels his work made in the past forty years, traveling to photograph different cultures around the world―all of which are represented in the place he now calls home. Contrasting with this approach, Rebecca Norris Webb photographed “the city within the city within the city,” the green heart of Brooklyn―the Botanic Garden, Green-Wood Cemetery, and Prospect Park, where Brooklynites of all walks of life cross paths as they find solace. Together, their photographs of Brooklyn tell a larger American story, one that touches on immigration, identity, and home. Biografía del autor Alex Webb has published more than fifteen books, including Memory City (2014, with Rebecca Norris Webb), La Calle: Photographs from Mexico (Aperture, 2016), as well as a survey of his color work, The Suffering of Light (Aperture, 2011). Webb became a full member of Magnum Photos in 1979. His work has been shown widely, and he has received numerous awards, including a Guggenheim Fellowship in 2007.Rebecca Norris Webb, originally a poet, often explores the complicated relationship between people and the natural world in her seven books, including The Glass Between Us (2006), Violet Isle: A Duet of Photographs from Cuba (2009, with Alex Webb), and My Dakota (2012). A 2019 NEA grant recipient, she has exhibited at the Museum of Fine Arts, Boston, and the Cleveland Museum of Art, among other museums.Sean Corcoran is the curator of prints and photographs at the Museum of the City of New York and has written extensively on photography, including essays for Elliott Erwitt: At Home and Around the World (Aperture, 2016), and I See a City: Todd Webb's New York (2017).